VAST is proud to support the Zero Alcohol Campaign!

Vermont Snowmobilers have a choice to make about drinking and riding before venturing out on the trails. A new International Zero Alcohol Campaign urges every snowmobiler to take personal responsibility for choosing to be 100% alcohol-free prior to going snowmobiling and during any ride. This is a peer-to-peer recommendation among riders to ride responsibly and alcohol free - it's your smart choice for safer snowmobiling.

The Vermont Association of Snow Travelers advocates Zero Alcohol prior to going snowmobiling or during any ride.

Even though it is not a legal requirement, adopting the Zero Alcohol position for snowmobiling makes sense for many reasons, with the primary consideration being to reduce fatalities and injuries. Incident data clearly shows that alcohol consumption is a major contributor to a large percentage of snowmobiling tragedies. When combined with other contributing factors such as excessive speed, night riding or riding unfamiliar terrain, alcohol is especially lethal. Simply put, alcohol increases the risks associated with snowmobiling to an unacceptable level.

Operating a snowmobile is inherently a much higher risk activity than driving an automobile.

As an off-road activity, snowmobiling takes place in an unpredictable and uncontrollable natural setting very different from highly regulated, engineered, maintained, uniform and relatively predictable public roads. Consequently, snowmobilers are simultaneously confronted with a greater range and mix of potentially dangerous variables. The unexpected and unfamiliar are far more likely to happen without warning while snowmobiling. At the same time, snowmobiles offer fewer structural and safety features to protect participants, being more like motorcycles than automobiles.

The onus is squarely on each individual snowmobiler to exercise sound personal judgement and make smart choices in the continuously changing surroundings typical of snowmobiling. Any physical or mental impairment of any of these abilities poses as serious threat to the operator, passenger and to other participants.

Alcohol research clearly shows that at a Blood Alcohol Concentration (BAC) of .08% a person is 11 times more likely to get killed while driving a car than at .00% BAC.

Given that operating a snowmobile is much riskier than driving a car, the Zero Alcohol approach makes sense for safer snowmobiling. Studies also prove that impairment starts with the first drink. Alcohol sneaks up on you. Unlike other beverages and foods, alcohol doesn’t have to be digested. Within minutes, it’s absorbed directly into the bloodstream. Though you may perform more and more poorly, the alcohol makes you feel as if you’re riding better and better. The physiological effects of alcohol consumption dramatically diminish one’s ability to perform multiple tasks or to quickly assimilate multiple stimuli, as required when operating a snowmobile. Since even small amounts of alcohol affects different people in unpredictable and uncontrollable ways and at varying rates, one sure way to reduce fatalities and injuries is not to take any chances…always ride at .00% BAC – Zero Alcohol.

There are other important considerations for embracing Zero Alcohol.

Snowmobiling is increasingly vulnerable to external criticism and opposition. Alcohol is one Achilles’ Heel on which the snowmobiling community can take positive international action with measurable results: Zero Alcohol is a good news story that will help change public perception of snowmobiling and increase good will among media, government and non-snowmobilers. A strong Zero Alcohol stance is also an excellent risk management strategy that will help protect our overall insurability and reduce liability.

Within the context of the Go Snowmobiling Campaign, Zero Alcohol also promises to be a positive factor in recruiting new participants. With Zero Alcohol, the snowmobiling community takes a strong and unequivocal stand to sustain organized snowmobiling. United behind Zero Alcohol, we can save lives and benefit significantly from making snowmobiling even safer.

Zero Alcohol is a reasoned, rational approach in line with current societal thinking and with our own long held positioning that snowmobiling is a safe, family-oriented activity. Zero Alcohol is the right banner for organized snowmobiling to carry into the 21st century. 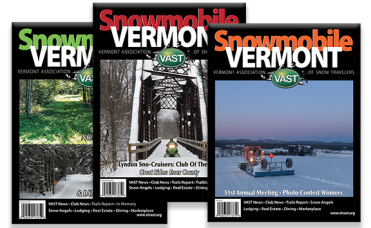