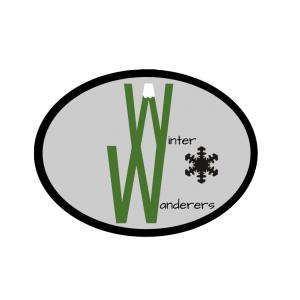 Winter Wanderers Snowmobile Club was established in 1986 by Tim Baker and Dennis Caldwell. In 1993 Ruth and George Blake adopted the club, and new offices were elected. The current officers of the club are Allan Schmidt as president, Tim Baker as Vice President, and Ken Ruffner as trail master. Throughout the years Winter Wanders have maintained over 15 miles of trails, constructed several bridges, and donated to numerous local charities. Recently, the club has elected a new treasurer and secretary. The current treasurer and secretary of the club is now Abbie Ruffner. The club wants to say a huge thank you to Ruth Blake for the exceptional 23 years of service to the club as treasurer and secretary. Ruth at the age of 90 plus decided that it was unfortunately time to retire this year. Ruth has received many snowmobiling awards, most notably the snowmobiler of the year and the trailblazer award. Ruth has contributed so much of her time, energy, and devotion to the club. Thank you again for all that you have done for us, we couldn't have done it without you.